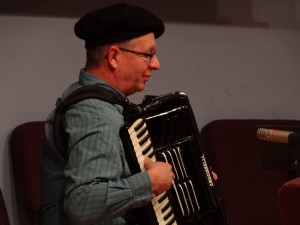 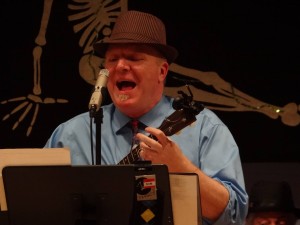 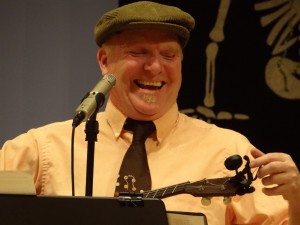 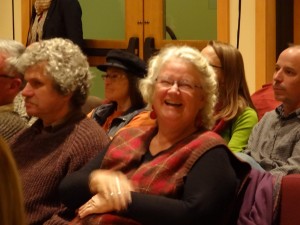 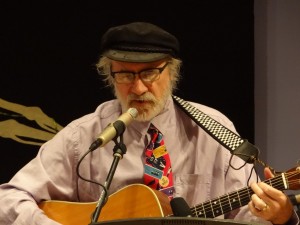 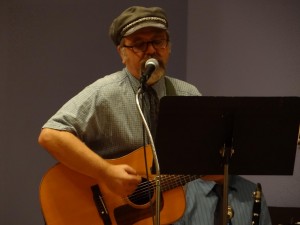 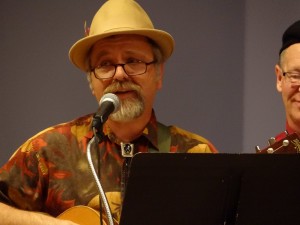 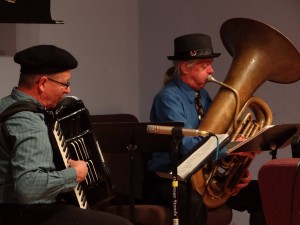 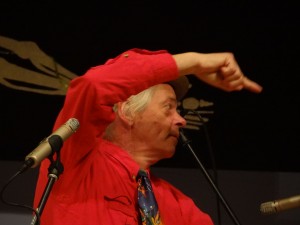 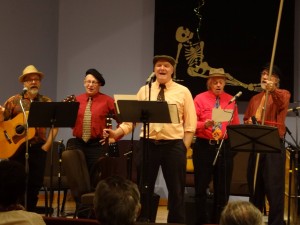 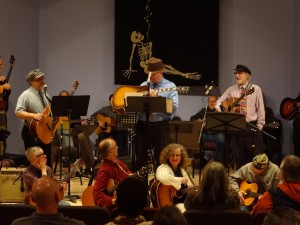 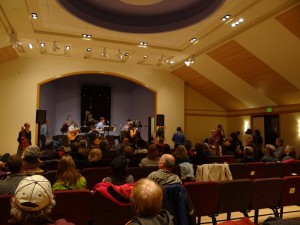 On November 8, 2014, Walkerites and their friends gathered in the sanctuary at 7 pm to hear a wonderful concert / recording session. Fireroast Mountain Boys were recording Still on Fire, their latest CD, which includes the song of the same name, penned by member Don Browne. It also included a never-recorded Howard Ashby Kranz song, “Job Creator,” songs by most if not all of the other members, popular covers including “Long Haired Radical, Socialist Jew,” guest appearances by Alice Browne and Howard Ashby Kranz, and a Guitar Jam with almost scores of guitars. (Don’t know if they broke the record or not. Can someone tells us the details in the comments, please?) Delicious brownies baked by Pastor Walter Lockhart were served in the intermission.